Abstract: The problem of positioning, especially for indoor environments, has been tackled by many works in the literature. Nevertheless, it is still an open and hot problem that cannot be considered solved. Concerning the great variety of possible practical applications, many are the degrees-of freedom that an Indoor Positioning System (IPS) can leverage. In this lesson a simple but comprehensive taxonomy of a generic Indoor positioning algorithms is provided.

Abstract: One of the main indoor positioning algorithm is the fingerprint (FP) which, in its deterministic variant, can be considered as one of the most simple but effective solution. Its main idea consists of estimating the position by only considering deterministic measurements. Even if it is a simple solution it still represents one of the most employed solution for what concerns indoor positioning. It is also the starting point towards more complex solutions.

Abstract: Similarly to its deterministic version, also this algorithm is a two-step procedure. The first step (training phase) is the collection of information aimed at obtaining a spatio-temporal representation of the RSSs in a given area. It is based on Reference Points (RPs), usually selected in order to cover the entire area of interest through a uniform grid, and on RSS measurements carried out by an MD and collected for each RP. The second step is the positioning (online) phase, which starts with an RSS measurement performed by the MD that wants to determine its position, and is followed by the comparison of the measured RSS with the reference FP of each RP. The estimated position corresponds to the coordinates, or to a combination of them, of the RPs whose fingerprints match the RSS measures most closely.

Abstract: Fingerprinting algorithms are powerful and easy to implements but they also require a certain number of calculation in order to compute the position. The literature in the field proposes many solutions in order to speed-up the localization process but most of them typically introduce errors or approximations. In this lecture we will cover an innovative algorithm though to be able to save more than 90% of the computation during the positioning phase without incurring in accuracy detriment.

Andrea Sciarrone was born in Livorno, Italy in 1984. He got his Bachelor Degree in Telecommunication Engineering at the University of Genoa in 2007 and the Master Degree Cum Laude in Telecommunication Engineering in 2009 in the same University with a thesis on Audio Signal Processing. In 2014 Andrea Sciarrone got the Ph. D. degree in Ambient Intelligence at Univerisity of Genoa with a thesis on Signal Processing Algorithms for Context-Aware applications over mobile platforms. He is currently Assistant Professor and member of the research staff of the Telecommunication Research Group and, in particular of the Digital Signal Processing (DSP) Laboratory at the University of Genoa. He is IEEE Communications Society (ComSoc) and IEEE Signal Processing (SPS) Societies member. Since 2018 he serves as Secretary of the IEEE ComSoc E-health Technical Committee. He is author of around 60 papers including journals, conferences proceedings. He is recipient of the IEEE Cloudnet 2016 Best Paper Awards. His research concerns Signal Processing over Internet of Things, Context and Location Awareness and Safety and e-health Applications. 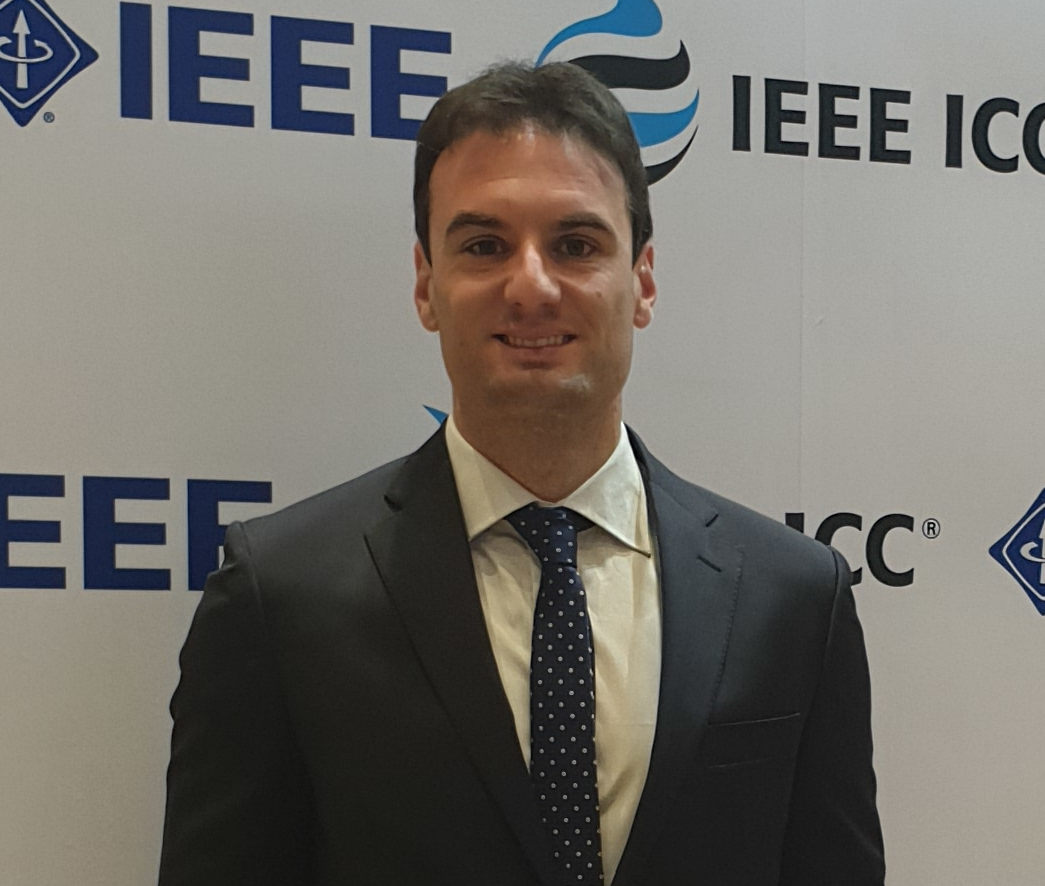