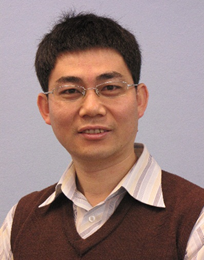 Guoqiang Mao received PhD in telecommunications engineering in 2002 from Edith Cowan University, Australia. He was a Faculty member at the School of Electrical and Information Engineering, the University of Sydney between 2002 and 2014. He joined the University of Technology Sydney in February 2014 as Professor of Wireless Networking and Director of Center for Real-time Information Networks.He has published three books and over 200 papers in international conferences and journals, including over 100 papers in IEEE journals, that have been cited over 7,000 times. He is an editor of the IEEE Transactions on Intelligent Transportation Systems, IEEE Transactions on Wireless Communications, IEEE Transactions on Vehicular Technology and received “Top Editor” award for outstanding contributions to the IEEE Transactions on Vehicular Technology in 2011, 2014 and 2015. He is a co-chair of IEEE Intelligent Transport Systems Society Technical Committee on Communication Networks. He has served as a chair, co-chair and TPC member in a number of international conferences, and has received best paper awards from several leading international conferences. His research interest includes intelligent transportation systems, vehicular networks, Internet of Things, next generation mobile communication systems, and wireless localization techniques. He is a Fellow of IEEE and IET. 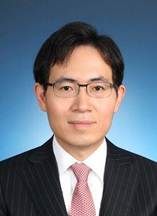 Byonghyo Shim received the B.S. and M.S. degree in Control and Instrumentation Engineering (currently Electrical Eng.) from Seoul National University (SNU), Seoul, Korea, in 1995 and 1997 respectively, and the M.S. degree in Mathematics and the Ph.D. degree in Electrical and Computer Engineering from the University of Illinois at Urbana-Champaign (UIUC), Urbana, USA, in 2004 and 2005, respectively. Since September 2014, he has been with the Dept. of Electrical and Computer Engineering, Seoul National University, where he is currently a Professor. His research interests include signal processing for wireless communications, statistical signal processing, estimation and detection, compressed sensing and matrix completion, and information theory. Dr. Shim was the recipient of the M. E. Van Valkenburg Research Award from the ECE Department of the University of Illinois (2005), Hadong Young Engineer Award from IEIE (2010), and Irwin Jacobs Award from Qualcomm and KICS (2016). He is a senior member of IEEE, a technical committee member of Signal Processing for Communications and Networking (SPCOM), an associate editor of IEEE Transactions on Signal Processing (TSP), IEEE Transactions on Communications (TCOM), IEEE Wireless Communications Letters (WCL), Journal of Communications and Networks (JCN), and a guest editor of IEEE Journal of Selected Areas in Communications (location awareness for radios and networks). 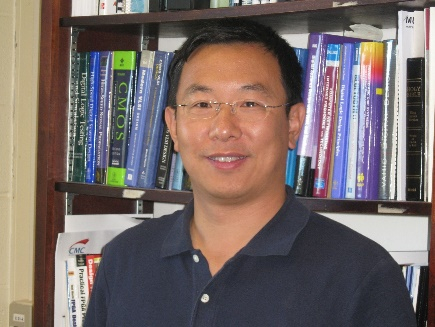 Cheng Li received his B. Eng. and M. Eng. degrees from Harbin Institute of Technology, Harbin, P. R. China, in 1992 and 1995, respectively, and his Ph.D. degree in Electrical and Computer Engineering from Memorial University, St. John抯, Canada, in 2004. He is currently a Full Professor at the Faculty of Engineering and Applied Science of Memorial University, St. John抯, Canada. His research interests include mobile ad hoc and wireless sensor networks, wireless communications and mobile computing, switching and routing, and broadband communication networks. He has published over 280 reference articles, including close to 100 journal publications. Many of them appear at the prestigious IEEE journals. He was the recipient of the Best Paper Award at the 2018 International Conference on Ad Hoc Networks (ADHOCNETS'18), Cairns, Australia, Sept. 2018, the 2017 IEEE Global Communications Conference (GLOBECOM'17), Singapore, Dec. 2017, and the 2010 IEEE International Conference on Communications (ICC'10), Cape Town, South Africa, June 2010. He is an editorial board member of Journal of Networks, China Communications, Wireless Communication and Mobile Computing, and an associate editor of Security and Communication Networks. He has served as the general co-chair of WINCOM?9 and WINCOM?7. He has served as technical program committee (TPC) co-chair for the ICNC?0, AICON?9, WiCON'17, IEEE/ACM MSWiM'14, MSWiM'13, IEEE WiMob?1 and QBSC?0. He has served as a co-chair for various technical symposia of many international conferences, including the IEEE GLOBECOM and ICC. He is currently the elected Chair of the IEEE Communication Society Ad Hoc and Sensor Networks Technical Committee. Dr. Li is a registered Professional Engineer (P. Eng.) in Canada and is a member of IEEE Communication Society, Computer Society, Vehicular Technology Society, Ocean Engineering Society. 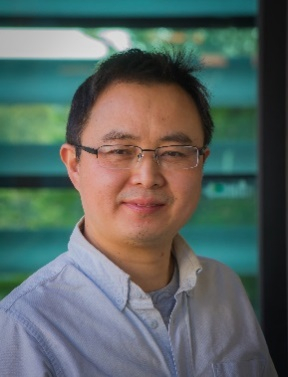 Shui Yu is a Professor of School of Software, University of Technology Sydney, Australia. Dr Yu’s research interest includes Security and Privacy, Networking, Big Data, and Mathematical Modelling. He has published two monographs and edited two books, more than 200 technical papers, including top journals and top conferences, such as IEEE TPDS, TC, TIFS, TMC, TKDE, TETC, ToN, and INFOCOM. Dr Yu initiated the research field of networking for big data in 2013. His h-index is 35. Dr Yu actively serves his research communities in various roles. He is currently serving a number of prestigious editorial boards, including IEEE Communications Surveys and Tutorials (Area Editor), IEEE Communications Magazine (Series Editor). He has served many international conferences as a member of organizing committee, such as publication chair for IEEE Globecom 2015, IEEE INFOCOM 2016 and 2017, and general chair for ACSW 2017. He is a Senior Member of IEEE, a member of AAAS and ACM, and a Distinguished Lecturer of IEEE Communication Society. 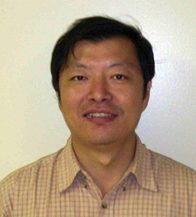 Bo Rong is currently a Research Scientist with the Communications Research Center Canada, Ottawa, ON. He has authored and co-authored over 100 technical papers in major journals and conferences on the topic of wireless networking and communications. Many of these publications have theoretical and practical significance to both research community and industry. Dr. Rong is the 1st author of Springer book-"5G Heterogeneous Networks: Self-organizing and Optimization". He is also one of the key developers and patent holders of next generation digital TV international standard: ATSC 3.0-wireless physical layer. His current research interests include intelligent radio resource management for 5G/6G, smart IoT, etc. Dr. Rong is a member of IEEE Communications Society and IEEE Broadcasting Society. He serves as an Associate Editor of IEEE COMMUNICATIONS LETTERS as well as the Guest Editors of special issues in IEEE COMMUNICATIONS MAGAZINE, IEEE WIRELESS COMMUNICATIONS MAGAZINE, and IEEE INTERNET of THINGS JOURNAL. 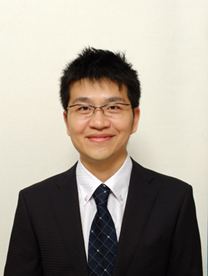 Mianxiong Dong received B.S., M.S. and Ph.D. in Computer Science and Engineering from The University of Aizu, Japan. He is currently an Associate Professor in the Department of Information and Electronic Engineering at the Muroran Institute of Technology, Japan. He was a JSPS Research Fellow with School of Computer Science and Engineering, The University of Aizu, Japan and was a visiting scholar with BBCR group at University of Waterloo, Canada supported by JSPS Excellent Young Researcher Overseas Visit Program from April 2010 to August 2011. Dr. Dong was selected as a Foreigner Research Fellow (a total of 3 recipients all over Japan) by NEC C&C Foundation in 2011. His research interests include Wireless Networks, Cloud Computing, and Cyber-physical Systems. He has received best paper awards from IEEE HPCC 2008, IEEE ICESS 2008, ICA3PP 2014, GPC 2015, IEEE DASC 2015, IEEE VTC 2016-Fall, FCST 2017, 2017 IET Communications Premium Award and IEEE ComSoc CSIM Best Conference Paper Award 2018. Dr. Dong serves as an Editor for IEEE Transactions on Green Communications and Networking (TGCN), IEEE Communications Surveys and Tutorials, IEEE Network, IEEE Wireless Communications Letters, IEEE Cloud Computing, IEEE Access, as well as a leading guest editor for ACM Transactions on Multimedia Computing, Communications and Applications (TOMM), IEEE Transactions on Emerging Topics in Computing (TETC), IEEE Transactions on Computational Social Systems (TCSS). He has been serving as the Vice Chair of IEEE Communications Society Asia/Pacific Region Information Services Committee and Meetings and Conference Committee, Leading Symposium Chair of IEEE ICC 2019, Student Travel Grants Chair of IEEE GLOBECOM 2019, and Symposium Chair of IEEE GLOBECOM 2016, 2017. He is the recipient of IEEE TCSC Early Career Award 2016, IEEE SCSTC Outstanding Young Researcher Award 2017, The 12th IEEE ComSoc Asia-Pacific Young Researcher Award 2017, Funai Research Award 2018 and NISTEP Researcher 2018 (one of only 11 people in Japan) in recognition of significant contributions in science and technology. He is currently the Member of Board of Governors and Chair of Student Fellowship Committee of IEEE Vehicular Technology Society, and Treasurer of IEEE ComSoc Japan Joint Sections Chapter.