Reaction-diffusion systems with strong interaction terms appear in many multi-species physical problems as well as in population dynamics, chemistry and material science. The qualitative properties of the solutions and their limiting profiles in different regimes have been at the center of the community's attention in recent years. A prototypical example appears when looking for solitary wave solutions for Bose-Einstein condensates of two (or more) different hyperfine states which overlap in space. Typically the forces between particles in the same state are attractive while those between particles in different states can be either attractive or repulsive. If the condensates repel, they eventually separate spatially giving rise to a free boundary. This phenomenon is called phase separation and has been described in recent literature, both physical and mathematical.

One of the most interesting problems researchers investigate is when different phases of matter, populations, or clusters exist in a single space (i.e. in adjacent cells). Their interest focuses not only in how these different phases/populations/clusters interact with one another, but also on the properties of the boundaries separating them. The recent literature shows that the walls separating the different phases are geometrically tractable surfaces, as well as multiple junctions among them. This involves developing novel variational methods and geometric measure theory and free boundary tools.  Relevant connections have been established with optimal partition problems involving spectral functionals. The classification of entire solutions and the geometric aspects of the nodal sets of solutions are of fundamental importance as well. We intend to focus on the most recent development of the theory in connection with problems featuring anomalous diffusions, long-range and non-symmetric interactions. 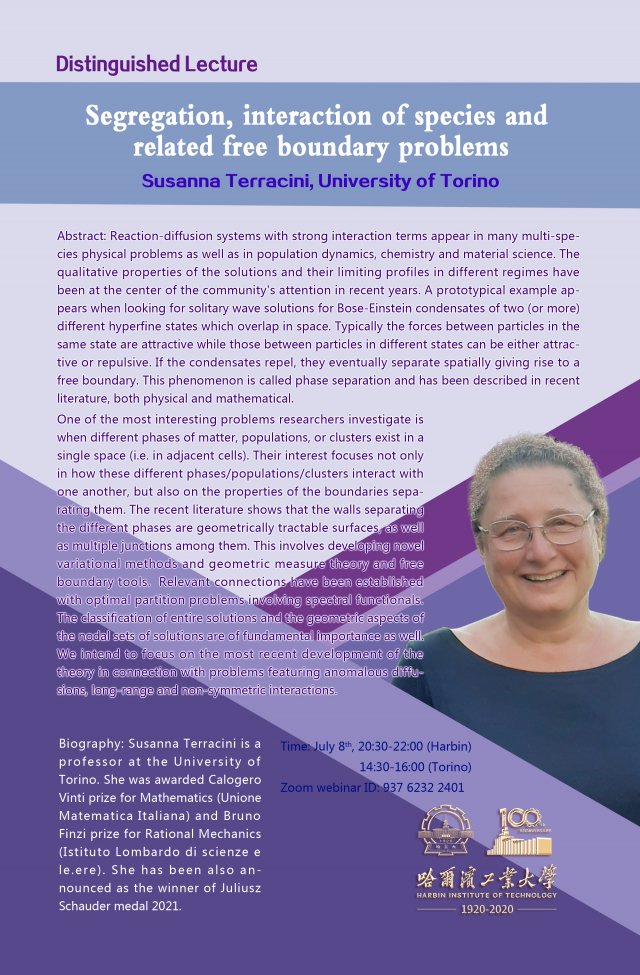